Photo by Andrik Langfield on Unsplash

There’s a common misconception when it comes to enterprises or innovations that predominantly have a social impact, and Malaysia is no exception to this. The illusion is that social innovations and enterprises tend to be viewed as charities or welfare organisations. But, on the contrary, they fill in the gaps in society by addressing a need in the market, with the well-being of people and community at the forefront of all priorities, whilst simultaneously making a profit just like a regular business would.

From climate change to political injustice, we’re living in unprecedented times with the full effect of these issues still very much unclear. So it’s not surprising that practices like ‘Social Innovation’ would quickly become an economic buzzword. Social innovation is one of the most promising areas of transformative innovation for regenerative culture. The principle behind this practice is developing ideas and inventions that work to meet pressing unmet needs and to improve people’s lives. Its goal could be anything from supporting underprivileged communities to protecting the environment or anything in-between.

How is Malaysia accommodating this sector?

In the context of Malaysia, the country is actively trying to reach its Shared Prosperity Vision 2030 (SPV) goals. SPV 2030 is the government’s commitment to achieving sustainable growth and fair and equitable distribution across income groups, ethnicities, regions, and supply chains. In addition, the commitment aims to strengthen political stability, enhance the nation’s prosperity, and ensure that the country is united whilst celebrating ethnic and cultural diversity as the foundation of the nation-state.

A study conducted by Vision of Humanity found that countries supporting social innovation experience sustainable economic growth, sustainable communities, sustainable use of marine resources, and generally peaceful and just societies. Furthermore, their findings suggested that when individuals and organisations are allowed to think and act in creative, intentional, and ethically responsible ways, they tend to contribute to society positively.

Strategic partnerships and innovative ideas from young people play a significant role in achieving the SPV 2030 goals. Social innovators and entrepreneurship come in all shapes and forms. However, big or small, they need all the help they can get. Bringing ideas and successfully implementing positive change requires support from all areas, be it the government, peers or even private-sector allies. For example, the government’s social impact procurement programme announced an RM20 million allocation in its Budget 2021. Through the Malaysian Global Innovation and Creativity Centre (MaGIC), funding is available to businesses that make a social impact, in a bid to encourage solutions products and services by social impact businesses.

Photo by Steven Su on Unsplash

A collective impact is needed to change the world…

The youth in Malaysia are already making waves in ensuring a better tomorrow. Undi18 is a social enterprise founded by two students Qyira Yusri and Tharma Pillai, with the aim to educate and empower voters in Malaysia. In 2016 they started a student movement to lower Malaysia’s minimum voting age from 21 to 18. Malaysia was one of the only few countries left globally that still had 21 as their minimum voting age. With the help of Syed Saddiq, former Youth and Sports Minister, they were able to get the bill passed unanimously by the parliament.

“Lowering the voting age encourages voters to start paying attention to national issues at a younger age to develop awareness and commitment. This amendment means that youth politics will be incentivised to become more diverse, representative and relevant to youth constituencies,” as said on their Instagram

Fast forward to 2021, today they are a social enterprise, where founders Qyira Yusri (education director) and Tharma Pillai (advocacy director) aim to discuss; the future of democracy in the country, the impact of the new young voters and how they strive to organise educating the youth on democratic processes.

Photo by MI PHAM on Unsplash

Elsewhere, budding innovators are paving the way to inclusivity. Usha G. Nair (CEO & Founder), along with Bernard Benzamin Nathan ( Co-Founder and Creative Director), manifested their idea of an inclusive clothing line here in Malaysia, that would cater to differently-abled people into Dawn Adaptive today. Their first product is the Magnetic Polo Tee, designed to provide ease and make the overall dressing experience quicker, specifically for people with disabilities, to inspire confidence and self-expression. By combining technology and creative flair, they were able to develop the perfect magnet that can resist temperatures up to 80 degrees celsius—a magnet that’s just the right strength ensuring the shirts won’t open with a slight tug.

Usha G. Nair recognised a problem, felt frustrated with her lack of options to overcome the problem, and so decided to address the issue innovatively,  benefitting society as a whole.

Usha G. Nair’s daughter Ivanna suffers from cerebral palsy, which affects her ability to carry out everyday tasks such as buttoning up shirts. She felt frustrated with her lack of options in the country and the expensive overseas options; she decided to step out and do something about it. She partnered up with her friend Bernard who owns his own talent company and is diagnosed with spinal muscular atrophy, together they hope to pioneer the way of inclusive fashion in Malaysia and eventually to other parts of the world.

While social enterprises in Malaysia face challenges such as lack of awareness, access to capital and public perception. The future does seem bright, Malaysians across the country continue to pave the way to growth in this sector. As Ehon Chan, former Executive Director at MaGIC Social Entrepreneurship said, “We’ve seen social entrepreneurship create new markets and unlock new capital in other countries, and it’s time we unleash that potential here in Malaysia. When the people prosper, the economy prospers and social entrepreneurship offers us a solution for an equitable and sustainable economy.“ 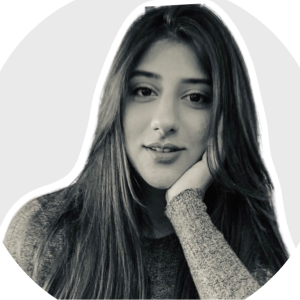 Saamia Nasir is a Business Management and Marketing graduate. To her, influencing positive social change has always been something that she has been passionate about, and her goal is always to have her work reflect that. She is a passionate writer and a strong advocate for the current issues that plague our generation and society.
All Posts »
PrevPreviousCommunity Development – 5 Malaysian NGOs Actively Involved in Communities
NextCommunity DevelopmentNext